As the world of cosmetic beauty is continuously growing, more and less invasive cosmetic procedures to enhance appearance are slowly emerging. You can now go for a non-invasive nose augmentation to fit your desired shape and look. 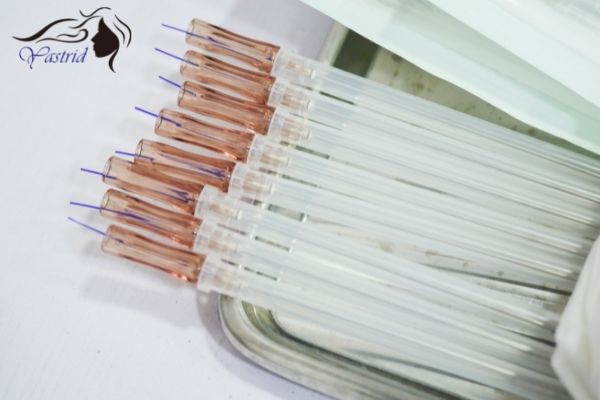 Though previously, surgical options were the only sought-out procedures to achieve the beauty you desire. However, the British Association of Aesthetic Plastic Surgeons (BAAPS) confirms a drop in surgical procedures due to the rise of non-surgical options such as nose fillers, Botox, and dermal fillers.

So, do you want to have a sharper tip or increase the size and shape of your nose? Then you may have to seek a thread lift procedure. It is the perfect and most popular procedure. It gives you immediate results and has less downtime than invasive surgeries like rhinoplasty.

Remember, the nose is a very noticeable face area and requires a perfect job. Well, let’s have a look at these types of threads that are giving such excellent outcomes.

What is Nose Threads?

Nose threads are a non-invasive way of improving the look of your nose for anyone seeking a surgical nose job or rhinoplasty. Without going under the knife, it has more defined results, as no cutting is needed.

Nose thread lifts use dissolvable materials to achieve the best outcomes. Some of the materials are PDO (polydioxanone), a complex sugar used in medical surgeries because of its safety. Besides, the material causes no allergies and is non-antigenic. And since it’s 100% biodegradable, it ultimately gets absorbed.

There are also PCL and PLLA threads with similar characteristics to PDO, only that they last longer and are elastic. And this brings us to the various types of nose threads.

Nose Thread Lifting is a rapid procedure that involves using facial threading to tighten the skin on the nose, which causes the skin around the area to tighten up. The threading also flattens the nasolabial folds making them less noticeable.

People will often use it to plump up the area around their noses to look younger or make their noses more attractive. Thread lifting is perfect for those considering plastic surgery but wants to try something less invasive first. The best part is a person’s own hands do that thread lifting.

As pointed out, nose thread is a safe technique that is less invasive than surgery, which means there is minor bleeding, no incisions or stitches, and less downtime.

Three types of threads used in the procedure include PDO, PLLA, and PCL threads.

As revealed, PDO threads are biocompatible polymers that have been used in the medical profession for so long. It is made of proteins and is a slightly thinner thread than hair. They were the first type of threads to be invented many years ago. 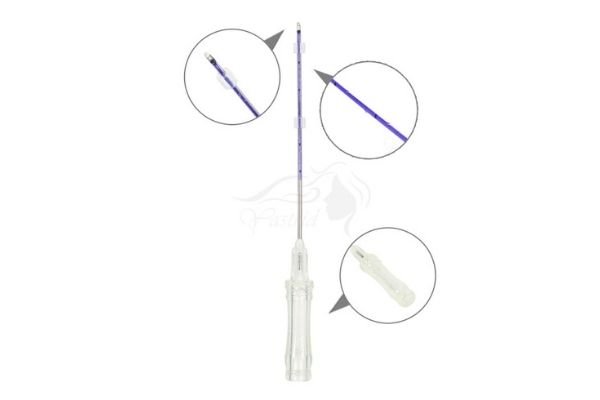 PDO works by making deeper layers of the muscles and tendons in the body relax, whereas a reaction by a foreign matter enhances the flow of blood to the site resulting in the production of new collagen.

Also, it triggers elastin and hyaluronic acid production. All these products ensure the skin retains its firm and rejuvenated look. It eventually increases the volume of droopy skin areas like the nose, chin, neck, cheeks, brow line, etc.

PDO threads are swift to insert and painless. The effect instantly and continuously improves after six to eight weeks after insertion. And the threads last six to 12 months.

PLLA thread is Poly L-Lactic Acid. It stimulates the production of collagen longer than PDO. PLLA has cones to clip to tissues to raise the volume of drooping skin areas; hence it lifts and reinstates shape to facial and other body areas.

So just like other threads, PLLA is used as a brow lift, rhinoplasty, neck lifts, jowl lift, butt lift, etc., for a physically fit body and facial structure and a youthful appearance once more!

Not to forget, PLLA dissolves after 12 to 18 months.

PCL is an abbreviation of polycaprolactone. The newest biodegradable monofilament suture dissolves through hydrolysis between 18 to 24 months. Meanwhile, its aesthetic extent can last two to four years. 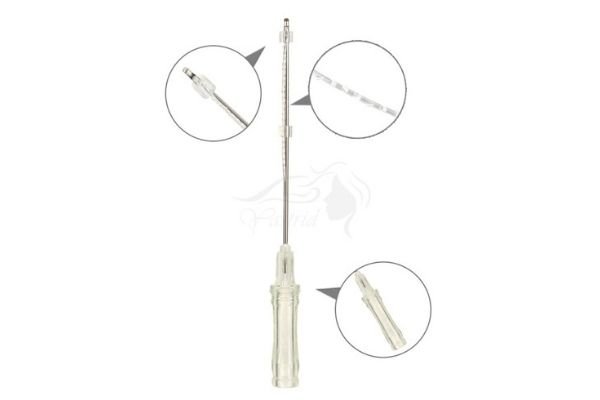 These threads are similar to PDO threads, but they are softer than their predecessors PDO and PLLA. In fact, they are long-lasting cosmetic threads.

Not to forget, these types of nose threads, PDO, PLLA, and PCL threads, are further divided into mono, cog threads, and screw threads.

Eventually, around the threads is where collagen forms to restore volume and enhance skin texture and elasticity, contributing to accepted aesthetic results.

How do Nose Threads Work?

Nose threads are a beauty craze that is becoming more and more popular.  People always want to find ways to combat aging, but is combating the inevitable the way to look at it? Thread lifts are a new but increasingly popular technique of facial rejuvenation.

Threads are inserted underneath the skin of the face, neck, or the desired body area, which slowly stretch over time to produce a natural-looking lift.

In this case, a nose thread lift can be completed under an hour. Wondering how? A plastic surgeon makes you lie down with your face facing up. A numbing cream or topical anesthesia is applied to the nose area to curb any pain or discomfort. 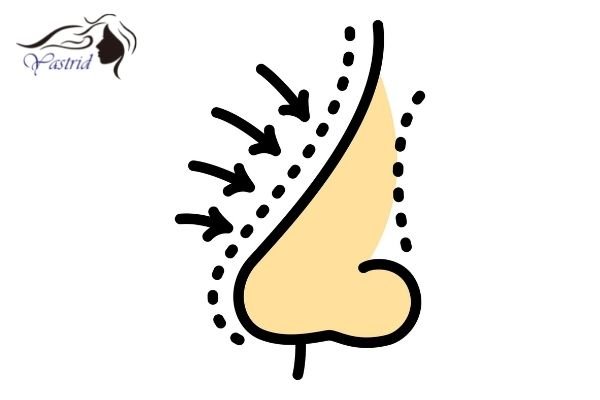 But how does this happen?

The threads have a double function. It works by

However, though it is an excellent option for a more refined rejuvenation, the outcomes are nowhere compared to a surgical rhinoplasty which is more invasive. But the beauty of it all is that a nose thread has minimal downtime, and you can resume work almost immediately.

So, how does a Hiko nose thread lift work?

People have different noses, and a sharply defined nose is regarded as the most perfect beautiful nose by most individuals. Unfortunately, the Asian nose is a flat nose with a low nose bridge and inverted nose tip hence disregarded by many.

Well, many have never heard of a Hiko nose thread lift, but this procedure has become popular in the last few years. The nose thread lift was created by a renowned plastic surgeon, Dr. Hiko Kikuno.

Though it is a relatively new bio-textile treatment, a surgeon threads a small, thin, passive thread through the nose, attaching it to the internal nasal bone. It lifts the soft tissue of the nostrils and helps to reduce the sagging in the lower third of the nose.

The nostrils are then widened, and the fatty pad inside is trimmed down to create a straight line across the lower third of the nasal bridge. The result of this procedure is to give the patient a more up-right nose, giving them more confidence to smile.

Threads give a perfect outcome and are not like dermal fillers. Seemingly, dermal fillers can move from the area injected, resulting in unintentional lumps, swelling, and bruising. Fortunately, threads are constant in their primary position, reducing major and minor risks like blood vessel injuries.

And because threads are 100% dissolvable, their effect isn’t lasting. But the good news is that although they aren’t permanent, they still last longer than dermal fillers, even up to two years. Also, they promote collagen production that ensures the nose is firm and contoured to your desire!

A growing number of people are undergoing cosmetic procedures at an increasingly younger age. Threading can be an excellent alternative to cosmetic surgery and other invasive procedures. Nose thread lifting is a new procedure for lifting the nose without surgery.

It is relatively new but is making waves in the beauty industry. It’s a minimally invasive way to restore your nose to its natural shape and size. The procedure has other many benefits, including a fast recovery time, which can be done on almost all nose types.

So, you may want to try three types of nose threads, depending on your preference. Well, this is the chance to decide!

What to do After a Nose Thread Lift ?

Nose Thread Lift – Procedure, Benefits, Side effects, and Everything You Should Know