With the revolutionary cosmetic world, nose thread lift has become a popular procedure, especially for Asians in Singapore. They undergo this procedure to rectify the flat low nose bridge and a somehow overturned nose tip— though overly exaggerated. Why? Because a high sharp nose looks beautiful.

And since nose threading has existed for a long time, today, with the advancement in technology, thread lift in Singapore and most places globally has become the go-to option.

So, let’s find out why sometimes a nose thread lift might go wrong. But first;

What is Nose Thread Lifts?

A nose thread is a procedure performed by a plastic surgeon. The process is relatively quick and is performed under local anesthesia. 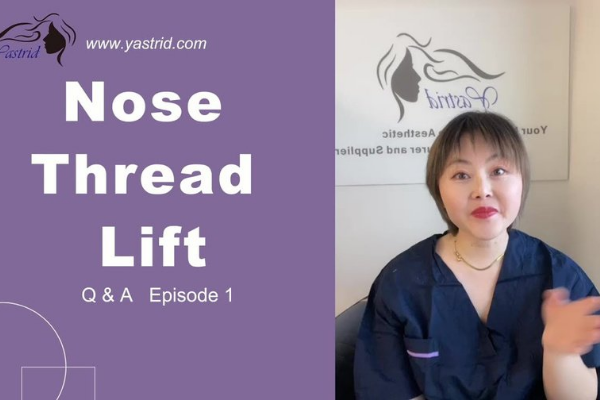 Nose threading is usually done for cosmetic reasons but could also be done for functional reasons. The procedure has been around since the early 1950s and is accepted as a safe and effective nasal treatment.

Nose threads are threads inserted through the nose to support the shape of the nose before surgery. They are typically used before rhinoplasty, septoplasty, or other procedures. They are designed to straighten the nose and help it appear more youthful.

Most Asian clients refer to it as Hiko nose thread lift or an “a lunch time nose job” since the procedure is done in about 30 minutes, even over a lunch hour, and they can instantly resume their work.

It first began in Korea about 15 years ago and has continually been embraced by most patients. Most businesses have started offering this option to their clients to avoid invasive nose jobs and rhinoplasty.

Well, nose threading has primarily been achieved using biodegradable, biocompatible materials called polydioxanone (PDO), PLLA, or Polycaprolactone (PCL). However, PDO is the original one and most loved.

And how is the ultra V Hiko nose threading done?

The procedure is typically the same for most health practitioners. It involves injecting PDO threads into the bridge via the nose tip, which helps attain a conventional nose bridge, a sharp nasal outline, and a thinner nose tip.

This success is the threads lifting influence through:

A Hiko PDO nose thread lift has little to no downtime. In fact, the results are perfect and can last from a year to about two years only with a bit of swelling and bruising. 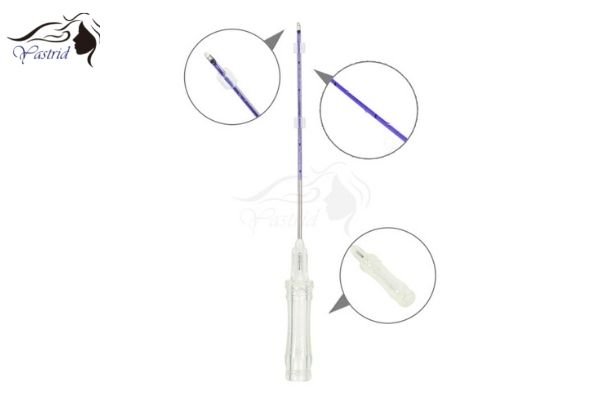 And generally, the process is more advantageous as compared to nose fillers. Because having minimal downtime means it’s less invasive, unlike the nose filler.

Remember, nose fillers can be riskier. Most patients have had complications such as blindness or skin necrosis. However, the outcomes of a hyaluronic acid filler are more noticeable and may last you longer.

Even though it’s almost impossible to find a completely safe procedure, a process that combines both nose fillers and nose threads has been more dramatic.

Nose threading, specifically Hiko nose threading, is affordable, varying with the number of threads used. Besides, with a high satisfactory rate ranging from 90 to 95%, it’s definitely hard for it to go amiss. But some problems may be bleeding, scarring, and infections.

Therefore, the nose thread lift is the go-to surgery for people looking to rejuvenate their noses. However, some risks come with this surgery.

Well, are there cases of PDO nose thread lifts gone wrong? Here are some ten reasons before going for one:

1. Size of the Nose Thread

The thickness and length of the nose thread do indeed determine whether a nose thread lift can go wrong. A thin thread is good enough for the threads to expand and slide through the skin, but it is also strong enough not to break as it is pulled through the skin.

This is not necessarily true, considering that plastic surgeons can use thicker threads on areas with less-sensitive skin or thicker skin, such as on the neck. To ensure a successful nose thread lift, it’s best to consider this method.

2. What type of thread is used?

It is essential to know the thread used for nose thread lifting surgery. This kind of thread will indeed determine whether surgery will go wrong.

There are three variants of threads used in nose threading. Most dealers in threading use PDO, Poly L Lactic Acid (PLLA), and Polycaprolactone (PCL) threads.

The threads are made with cogs or barbs, which enable them to peg on the skin, which stimulates the nose’s lifting. 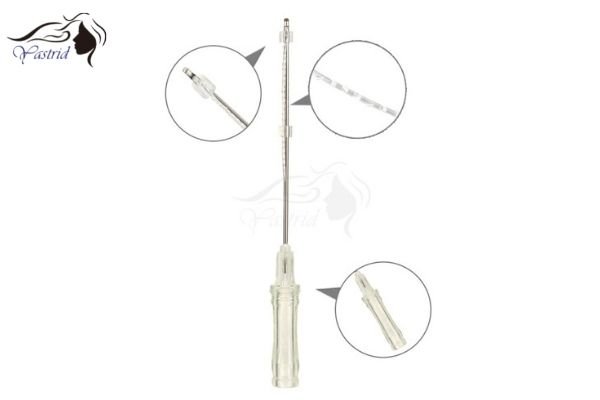 However, most practitioners prefer PDO threads. PDO threads may not last as long as PCL threads but have good flexible strength hence being highly reliable. Thus the aesthetic doctors can have the appropriate flexibility for shaping a perfect nose.

But medical anesthetics should keep in mind that all have their best sides and downsides according to every patient.

Some practitioners have claimed that the number of threads in the surgery does not affect how effective the surgery is. Nevertheless, when threads are not put in the proper place, they can decrease effectiveness.

The use of too many threads can also lead to broken threads in the future, which can cause problems in later treatments. For a perfect procedure, thread lift surgery doctors use six to twelve threads to lift the nose bridge and three to eight to lift the nose tip.

Some people have a better chance of a successful surgery with a thread lift because they have thicker skin and better elasticity. Other people with thinner skin and less elasticity may need more threads to give the skin that nice plump look.

Well, many factors determine if a thread lift is successful or not. So you should consult with a trusted dermatologist or plastic surgeon who can help patients make the right decision.

Nose thread lifts are a popular choice in plastic surgery. This procedure can be pretty successful in lifting the nose, but it needs to be done correctly. One of the main things to keep in mind is what technique is used.

Remember, unlike the use of fillers that are dissolvable, threads are not and require proper techniques for the procedure’s success.

When the wrong technique is used, it may lead to an elongated nose or an asymmetrical nose, extrusion, and migration of the nose thread.

The surgeon should also make sure that the incision is done in the correct position and shouldn’t be too high on the bridge of the nose. This is because if it is high and close to the eyes, it will result in a significant loss of movement of the eyes. The general rule of thumb is to ensure that the patient is realistic about what they want.

Also, though the technique alone is not the determinant, it can increase the odds. This is because the method will determine what areas are being treated.

While nose threading has little to no complications compared to nose fillers, there can be underlying conditions that can deny patients the liberty to be threaded. Nose thread lifting can go wrong if the patient has chronic sinusitis, allergies, blood clots, pregnancy, and other infections. Patients with such conditions are at a higher risk for developing complications with nose thread lifting. They would not be eligible for this procedure.

However, there can be chances for a successful procedure with a little more keenness. For instance, if you have a big fleshy nose, we have the best advice and a combination of plastic surgeons to help you attain your more desired look.

If a doctor is new to threading, then there is a high chance of making mistakes that could lead to a nose thread lift gone wrong.

When people think about nose surgery, they often only think about the positive effects. They do not consider that there can be negative consequences to having a nose job in the first place. For instance, the invasive rhinoplasty procedure has about 1.7% to 5% of complicated cases, and inexperienced doctors could be contributing a certain percentage.

Though rhinoplasty is more invasive, nose threads aren’t far from it, and complications can also arise from an inexperienced doctor. Inexperienced doctors may result in asymmetry, breathing difficulties, tissue death, and scarring.

Nose thread lifts are very successful when performed by a qualified medical professional using the proper sterilization methods. However, some cases have been reported where the procedure has gone wrong.

Nose thread lifts can be difficult to achieve without harm. Poor sterilization methods will lead to more pain and suffering. There is the chance that the inflammation in the surgical site will become infected.

8. The Depth of Placing Threads

Thread placement varies from surgeon to surgeon, and the tension of the threads is also variable.

Some surgeons use intradermal thread lifting, where the threads are inserted between the skin layers. The number of threads used varies from one to five but averages three to five. Threads are usually inserted very carefully at a depth of 0.5 mm under the skin.

9. Alignment during Insertion of Threads

The doctor must consider the alignment, height, and entry point for a successful procedure. Usually, a single entry point at the nose tip is used to place the threads after putting marks for the insertion points.

So, when wrong insertion points are put, the results will be undesired because there are specific entry points that doctors should use to ensure the procedure goes right. Also, to avoid an unbalanced look.

Celebs like Scarlett Johansson have the “ideal” nose. And this brings us to how the golden ratio makes this ideal nose. Typically, the nasal frontal angle should be 115o to 130o. Other contributors to the golden ratio are the nasolabial and nasofacial angles.

With access to information from the experts themselves, you can know how to get your nose the way you want it without seeking expert medical help.

And from this read, not all nose thread lift procedures will go as planned. To increase the likelihood of it going flawlessly, patients should make a point of reading up on the process and understanding how it works.

They must make sure they consult with a reputable practitioner for the thread lift, and patients should not trust other people to carry out surgery unless they’re qualified.