Many people are now looking for alternatives for costly facelifts, and thread lift is one of the more popular options for achieving the desired look. Unlike skin resurfacing techniques, thread lifts provide a perfect solution for those looking to minimize the signs of aging on the face with a higher degree of firmness.

A thread lift is a minimally invasive surgical procedure that lifts and restores skin elasticity. Typically thread lifts rely on threads sewn into the skin to lift the skin and produce a more youthful appearance. Interestingly, thread lifts can be combined with dermal fillers and laser treatments for effective results. And though they have a little downtime, unfortunately, they don’t lack their downside. So it’s vital to keep in mind some of the disadvantages to selecting a perfect procedure for your skin.

As discussed below, there’s much to learn about the disadvantages of thread lifts.

What are Thread Lifts?

Thread lifts are the newest development in facial rejuvenation surgery. It is a needleless surgery that uses thread-like sutures to achieve the best surgical outcomes. Therefore, a thread lift is a minimally-invasive procedure that is the perfect non-surgical solution for patients with sagging skin.

As much as thread lifts are standard, you must know the advantages and disadvantages of thread lifts. So, if you are considering a threaded lift, first check out these benefits.

A threaded lift provides many of the same benefits of surgery without the cutting, scars, and recovery time. Aestheticians perform it in the office under local anesthetic in less than an hour with little or no downtime. And if you dislike the results, thread lifts are reversible.

For instance, thread lift does not involve lifting or repositioning the cheekbones or chin, but it does lift the skin itself to give you a lifted appearance. The threads are also left in place for 6-12 months, which means that thread lifts may not be a short-term fix.

But as it seems quite a deal, there are some disadvantages to it. Let’s keep reading to find out.

Types of Thread Lifts and Their Disadvantages

The beauty industry has advanced with the growing demand for looking good and feeling good. Threads lifts are now found in three primary types. There is polydioxanone (PDO), polylactic acid (PLA/PLLA), and polycaprolactone (PCA/PCL).

PDO thread lifts are the perfect way to restore your youthful appearance. However, the threads aren’t a recent invention. They are the first type of threads to be used and are made of natural biodegradable fiber, a common surgery ingredient several years now.

PDO thread lifts are also free of the risks of surgery and are completely painless. And along with the no downtime, you will also see results in as little as 4-8 weeks. With all of the benefits of getting this done, it is evident that PDO thread lifts are the best choice for you.

The threads are dyed and textured for a more natural-looking result. There are many different types of these threads, including those that are thinner and good for plastic surgeons to use on sensitive skin, those with a larger thread diameter to create a more substantial lift, and those with a heavier shine. Because of the natural fibers, there is less of a chance of infection or irritation. 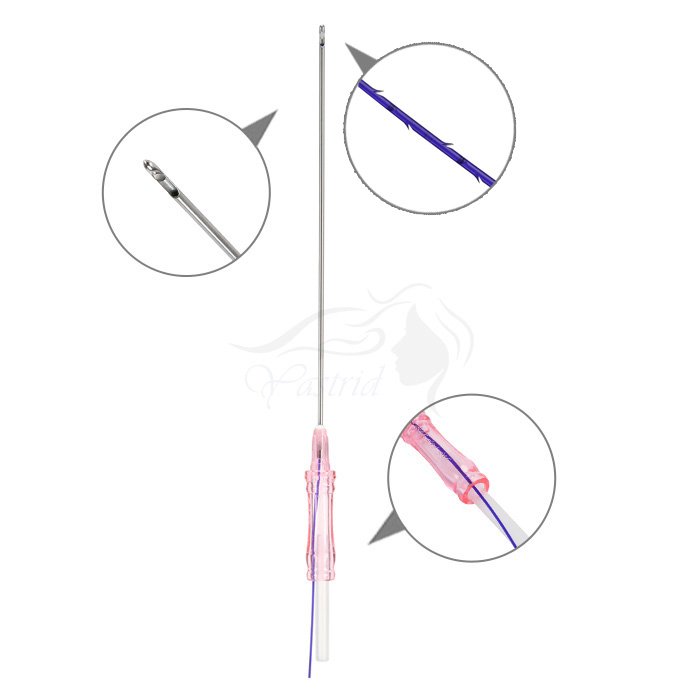 Meanwhile, as some people may enjoy the benefits, PDO thread lifts have downsides.

Many people claim that PDO thread lifts are the most effective, but they also have many disadvantages that you should be aware of. The thread lift procedure often causes discomfort, and people sometimes get itching and swelling.

In addition, most people lack patience and do not like how it can take up to a year for the final result of the PDO thread lift to be seen.

And the most common complaint about PDO thread lifts is that they can sometimes leave scarring and the appearance of lumps. This is typical because the thread material has not been correctly blended with the surrounding skin and is noticeable. PDO thread lifts bring many benefits, but many people experience these downsides.

These threads offer similar properties as the former PDO thread, such as the ability to withstand pressure and provide suture retention.

Also, PLA is absorbable and renews collagen longer than its predecessor. And with the use of cones, PLA threads can hook on the tissues to add to the volume of shapeless areas, reinstating the shape with a lift. For that reason, they have about two years’ lifetime, which dissolves into lactate, glucose, carbon dioxide, and water. 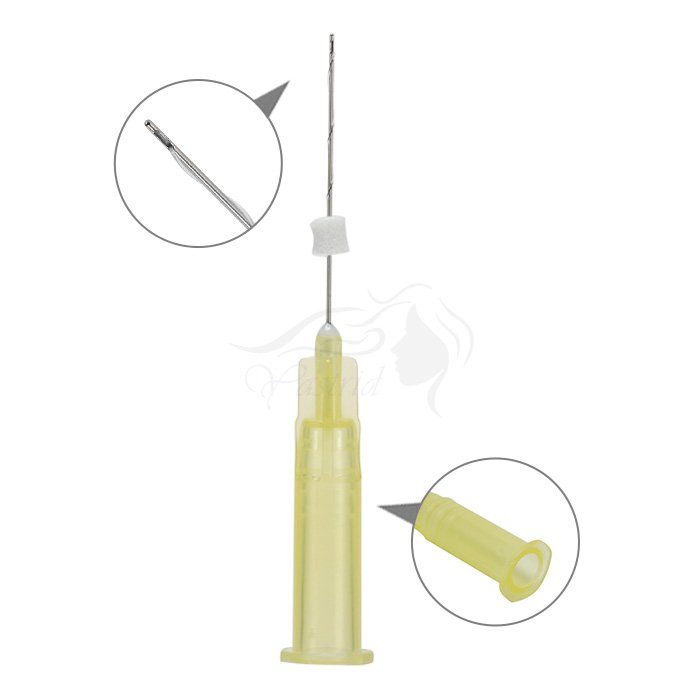 However, apart from the advantages, disadvantages of PLA thread lift exist.

A few disadvantages of a PLA thread lift are almost similar to the PDO’s. The first is that it’s costly, with prices starting at $3000 and going all the way up to $12,000. This can be a significant issue if you need this surgery for multiple reasons but do not have the financial means to afford it.

The second issue with PLA thread lifts is that they can cause long-term disfigurement in the form of heavy and drooping skin with strange and irregular folds in the skin. It can lead to a decrease in self-esteem and quality of life, with the patient having to wear heavy and unflattering garments to cover up their body.

Also, you may have a lot of swelling that could interfere with how well the threads work and have a higher risk for infection. In addition, the procedure may take a lot of time and may produce less excellent results than other options.

Furthermore, PLA thread lifts can cause skin irritation, skin darkening, or skin discoloration. But it varies with individuals.

And finally, PLA thread lifts can cause a severe reaction to metal for some people.

Like the other two, PCA thread lifts are made of similar materials; biodegradable, absorbable polymers. In fact, these thread lifts are the latest and work by regenerating collagen longer than PDO and PLA.

And that’s how they retain a collagen design that offers sustenance and makes the skin tighter while preventing it from drooping. The beauty of it all is that the fibrotic reaction in PCA threads continues after that resorbing.

Meanwhile, the thread disintegrates to produce small molecules that induce collagen and hyaluronic acid in the skin. As a result, you gain more nourished, refreshed, and stable, and the effect lasts long. 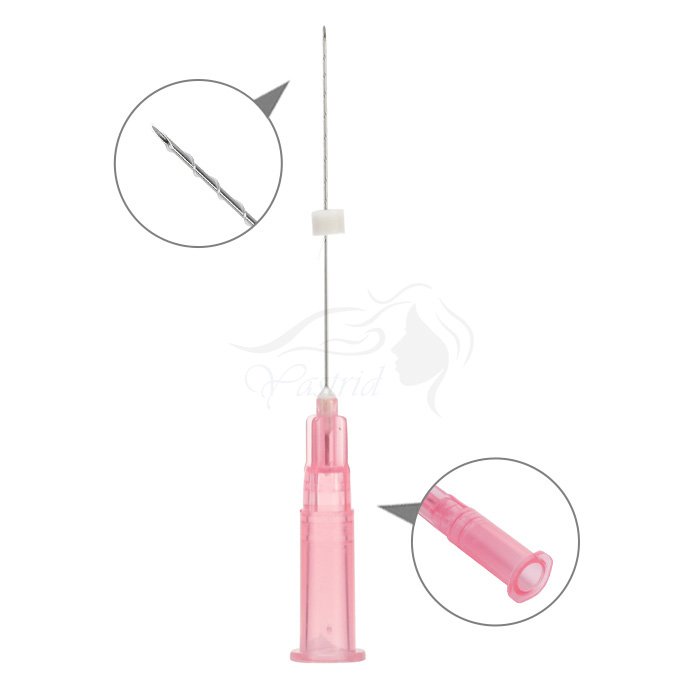 Thread lifting remains a most practiced procedure in the medical aesthetic industry. Nonetheless, it has some mild to severe flaws.

Some doctors don’t recommend PCA thread lifts because they are quite expensive. It is likely to cost well over $5000 for the surgery. It is important to consider how much time you have to heal after your surgery when considering the price.

There are many potential complications following surgery that can cause problems with healing, which will extend the amount of time you are unable to work. One example is infection. If bacteria enter through the incisions in your skin, they can cause major complications.

However, the good news is that the quantity of the incisions required makes it much less likely that bacteria could enter. For this reason, the risk of infection is lower with PCA thread lifts than with other procedures.

Are Thread Lifts Appropriate for the Whole Body?

Thread lifts are not appropriate for the whole body. The procedure can be effective for areas where wrinkles are not too deep.

Thread lifts are possible because of variations in their threads. It has some tiny spoke-like cones, and others contain barbs. Normally these tiny barbs are the ones to prick the skin tissue to facilitate the lifting of not-so-saggy skin areas.

But unfortunately, the procedure is not permanent like surgery or injections and can only last anywhere from 6-12 months (depending on the person’s body).

Well, the good thing about the lifts is the short downtime. Remember, the procedure is only approximately 60 seconds. Though swelling and bruising cannot be evaded, you can report to your usual duties immediately after or 24 hours later.

However, worst-case scenarios have been several days before full recovery. And if you’re undergoing a complete facelift, be prepared to wait for about four or 5 hours for the entire procedure and from two to four weeks to heal.

And the fact that it is an expensive procedure, while some individuals get excited about the subtle outcome, others feel they didn’t get enough lift they hoped for, hence preferring dermal fillers instead.

How Much Sag can Threads Lift?

Threads can correct sags to areas just below the middle layer of the skin. The threads pull the skin tight and can remove unwanted creases and wrinkles. And so, the tightening is done using a very thin thread.

The use of these threads gives the face a smooth and tight feeling. It can also help to soften and slim down your features and reduce wrinkles and age spots to create a more youthful look.

But, how much sag can threads lift?

Regrettably, thread lifts have disadvantages, and threads limit their lift. So, if you have mere sagging and you do not need a significant lift, then you’ll be lucky with a thread lift. Wondering why? It’s because threads are minimally invasive and may not reach the deeper dimensions of your skin. Your skin laxity, its thickness, and the degree of sag are the determiners for the best outcome.

Also, the best candidate falls under the bracket age of 35 to around 60 years. Efficiency is in the facial like under the eyes, marionette lines, and the chin. And the other regions, such as the thighs and stomach.

Other Side Effects of Thread Lifts

Generally, thread lifts have less risk of complications, but they still have flaws. Even when a qualified plastic surgeon performs, there are possibilities of intense bruising, bleeding, and scarring. Though, some minor setbacks in about 15 to20% of the procedure always have an easy way out.

So, we can summarize the disadvantages of thread lifts as follows:

Thread lifts, sometimes called a lunchtime facelift, a feather lift, a silhouette lift, or a PDO lift, are the best option for anyone that loathes surgery. Also, those that do not want to depend on injectable compounds and other skin resurfacing methods. Thread lifts, therefore, bridge the gap between non-invasive facial rejuvenation and facelift surgeries.

Unfortunately, there are several disadvantages of thread lifts. They are expensive and may not be affordable to everyone. Furthermore, they may not lift as much sag as fillers may do, and your skin thickness and laxity matter a lot for successful results.

So if you’re looking for minor lifting, don’t hesitate to try thread lifting. You can find the best advice and appropriate resources such as PDO threads from the best manufacturers, Yastrid Medical Aesthetics!