Thread lifts are quickly gaining fame around the globe. Not only are celebrities having a heck about it, but also mere mortals have recently shown interest in having it. I know of late you have met or encountered people on social media with this “cat-eye” look. There’s something about the face; a thread lift. 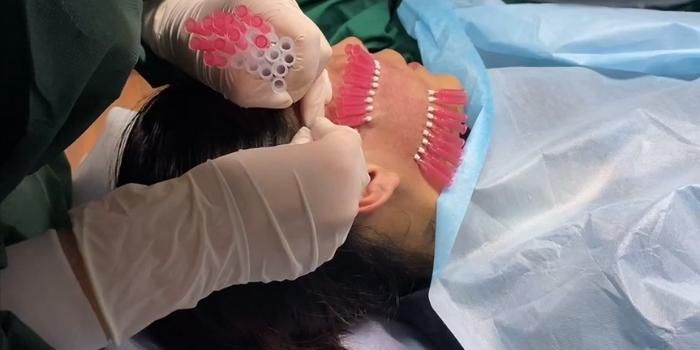 And the story behind thread lifts in medical spas, cosmetic dermatology, and wellness facilities is its minimally invasive process with a quick recovery time and a youthful appearance. For that reason, most people refer to it as a lunchtime facelift.

What is a Thread Lift?

Even though the number of people showing interest in thread lifts is rising, there are still people who do not know about it. So, what is a thread lift? A thread lift is an aesthetic procedure also a barbed suture lift for facial lifts on the brow lines, cheeks, and even breasts. It is a great way to get a whole new face without changing anything about your features. 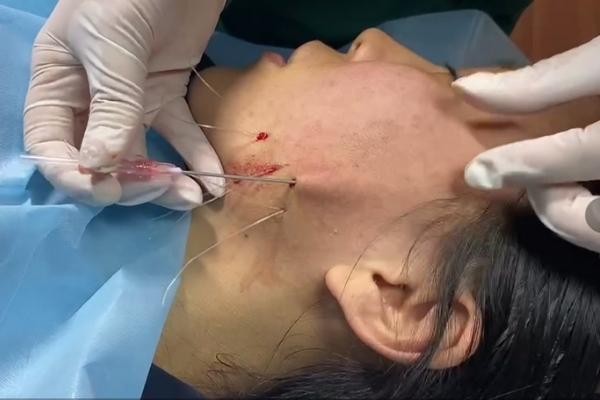 Skin is constantly moving, and as we age, this natural movement decreases, causing wrinkles and sagging skin. Threads stimulate collagen production and hyaluronic acid to renew youthful skin and may even cause the skin to shrink back and, therefore, less sagging.

Meanwhile, thread lifts have been used since the 1990s, therefore a very trusted process. And in fact, there have been numerous inventions in the types of threads, such as PDO thread lifts used, and you won’t believe how reliable threads are compared to the traditional facelifts.

Besides, if you are not eligible for a facelift from complications arising from anesthesia or other medical concerns, thread lifts may not let you down. And if you are above 35 years to about 50 years, you’re typically the appropriate candidate.

The thread lifting procedure uses the skin’s natural elasticity to lift and tighten skin gently. Threads are placed close to the surface via a small incision through the skin’s natural skin-lifting mechanism to create lift under the skin. Threads can be placed very close together or sparsely to produce the desired effect.

What is a Traditional Face Lift?

Have you lost your skin elasticity from aging? Then a traditional facelift may be a suitable choice for you. A traditional facelift is an advanced surgically-induced procedure designed to tighten the skin on the face by removing excess fat, repairing sagging skin, and pulling the underlying muscles. The process normally lasts two to three hours and is usually reserved for those in their late 40’s and up.

Though a facelift could be a permanent solution to the saggy skin, it’s more invasive than dermal fillers, thread lifts, etc.

However, an exciting thing about facelifts is that they remedy the whole face. That’s to say that plastic surgeons can use facelifts to correct deep wrinkles, sagging skin, and other indicators of aging on the forehead, cheeks, brow line under the eyes, jowls, and neck. And while thread lifts may last for a few months, facelifts may last a decade.

So what are the benefits of thread lift over traditional facelift?

A thread lift is an alternative to the more invasive facelift and a more conservative approach to facial rejuvenation than traditional facelifts. For this reason, it is one of the most popular anti-aging treatments available.

Keep reading and unravel these benefits thread lifts have over traditional facelifts.

Traditional facelifts employ a needle or a blunt-tipped cannula to make incisions for the lifting. Though the piercings are made with some skill not to be noticed, and their healing leaves no marks or scars.

However, a thread lift is minimally invasive and utilizes a different cut. The cuts are superficially placed because threads have an extra tensile strength that gives the skin a firm look.  And since thread lifts use fewer incisions, there’s no skin removal, and the incisions may not be seen.

There are three types of threads that dissolve differently. For instance, PDO threads only last for approximately six months to nine months, while PLLA (Polyy L Arctic) threads may last 12 to 18 months. PCL lasts longer than the two. It lasts even more than two years.

But this is not the case for facelifts, which can last much longer than six months. For many people, this is why they will choose to get a facelift over a thread lift.

However, because thread lifts are less costly and lack complications like swelling and bruising, it also remains a choice for many.

A thread lift surgery can be done in an hour and involve one day of recovery time. Typically, it is done under local anesthesia. And after the procedure, you’re ready to run most of your errands without any setbacks.

Facelift surgery typically requires 2 to 4 days for recovery and sometimes more than a week. Why? It’s because a whole surgical process employs much heavier anesthesia. As a result, you may get wounds, swelling, or bruising that need some more downtime before recovery.

A traditional facelift is one of the most complicated and risky types of surgery. There is always a small risk of death, so it is essential to find an experienced surgeon.

The possible risks of undergoing facelift surgery are the likelihood of infection, scarring, excessive bleeding, and drooping of the face. There may also be other risks depending on the person’s individual medical history, skin type, and the type of threads used.

The cosmetic industry is booming with a selection of procedures for skin rejuvenation from advanced technology. For that reason, it’s hard to predict what the pricing is. Remember, every plastic surgeon has a price range.

Nonetheless, thread lifts are less expensive. Thread lifts may vary from around $3500 to around $5,000. This isn’t the case for facelifts. Since facelifts are permanent, their prices are pretty high. Facelift prices vary from $7000 to even $30,000.

Well, which would you prefer?

Thread lifting is a process that does not require a lot of recovery time. Thread lifts are a fast and pain-free solution to cosmetic surgery of the skin. 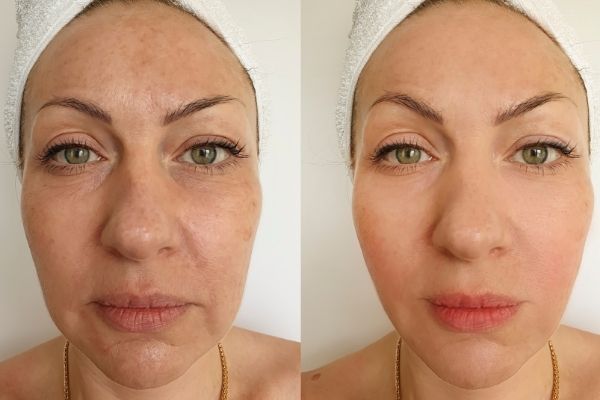 Patients are awake during the operation and will feel pressure but no pain. The threads are removed about two weeks after the procedure. They are not permanent and need to be repeated every two years.

Though these treatments are both fantastic, results differ with various people. For instance, thread lifts are the best solution for people with fewer signs of aging. So anyone can have them, especially from the age of 30 years to about 50 years.

On the other hand, facelifts are only for those with more visible signs of aging. So, perfect results are observed from the ages 35 to about 65 years.

Which one is the Best?

While facelifts have their flaws, thread lifts too. Though the benefits of thread lift over facelift are many, the choice to undergo a cosmetic correction relies on you. What are your aesthetic goals, skin physiology, age, and expenses?

If you know what you need, it’s easy to make an informed decision. But ensure a board-certified doctor is involved. There are numerous out there with expertise in cosmetic surgery.

Many people are looking for ways to preserve their youthful appearance but are reluctant to go through the invasive process of a traditional facelift. This blog post discusses the benefits of a thread lift over a conventional facelift.

Threading, as discussed, is a gentle procedure that will not cut, burn, or damage the skin in any way. The lift will have all the same benefits as a traditional facelift but without the possible side effects. The procedure is performed under local anesthesia, so patients should not experience pain.

Also, no stitches are needed because they do not require any incisions. Therefore, patients should go back to work the next day after the procedure. Well, you can get in touch with the best aestheticians and manufacturers anytime at Yastrid Medical Aesthetics for quality services!